Laurie is a powerful speaker, teacher and intuit who brings her passion forth with incredible wisdom. Her tenacious approach to making things happen is magical. her inspiration is infectious. 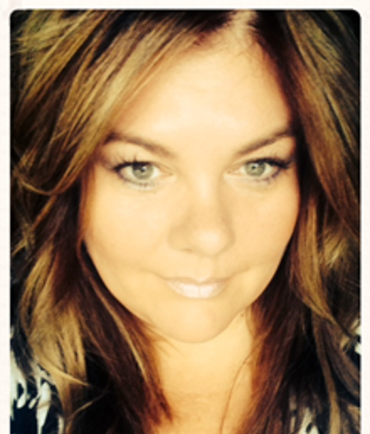 Laurie is a wonderful speaker who draws her audience in with her wisdom and pure intuition. She captures your heart with her passion and delivers her message with conviction.

​​​​​Laurie Lankins Farley - has been widely recognized for her gifts as a Psychic Medium, a Paranormal Investigator, an internationally know deep energy Intuitive and as the Pure Intuitive Parenting Expert. She has worked with, and assisted people, parents and families all over the world. Laurie  has held sessions/readings with known celebrities from all walks of life.

With the strong worldly experience that she has embraced her entire life, and, the phenomenal power of her gifts. she has become a well known sought after Medium, Paranormal Investigator and international intuitive  guide to many. Endorsed and published by some of the worlds top spiritual leaders such as, Neale Donald Walsch,  Dr. Shefali Tsabary,

Laurie has shared the stage with such individuals as New York Times best selling authors and Thought Leaders,  Dr. Shefali  ( Appearances on Oprah. The Best selling author of The Conscious Parent), Neale Donald Walsch (New York Times best selling author, Conversation with God book series) and Bryant McGill ( Simple Reminders) and Milika Chopra. Laurie has spent her entire life sharing, developing and fine-tuning her intuition and metaphysical talent. She has always used her pure intuition in all of her life decisions from parenting, career and relationships.

Laurie entered the world of television and film as a stylist, but progressed in her career and became involved with the casting process for commercials shot in the Pacific Northwest. (Extras Only Casting). Her expertise and keen eye for talent caught the attention of a major film producer. She helped in casting extras in such films as "Twilight", "What the Bleep Do We Know?" "Nearing Grace" and was the casting assistant for the film "Conversations with God."

Laurie was formally the Partner Relationship Manager for Bryant McGill and Simple Reminders. She has also written and published on Simple Reminders Network.  She has written parenting articles for The Global Conversation, as well as being the co-author of Conversations With God For Parents with Neale Donald Walsch, the New York Times best selling author of the "Conversations with God" book series. The book Is an Amazon best selling book and is available on Amazon.

Laurie has a talent and a passion for working with parents and children and has published an inspirational children's book, "The Positive Little Soul, for the children of humanity."  Endorsed by Doreen Virtue and James Twyman

Laurie is the Executive Director for  The School of The New Spirituality, in association with the CWG Foundation. (Founded by Neale Donald Walsch). Laurie  has been personally selected by New York Times Best Selling Author, Neale Donald Walsch as one of his Conversations With God Voices.  Neale has given her free range to talk authoritatively on anything CWG.  You can find her on Neale's website at; www.CWGConnect.com .  Laurie can be your personal life coach.

Laurie will help you remember who you are, what you are working towards (dreams, passions, goals, happiness, self purpose and self reflection). She will effortlessly pick up your energy to assist you in creating long and loving relationships.

If you wish to find answers or gain a sense of clarity to improve your overall spiritual and physical health, If you wish to reconnect with a passed loved one.  Laurie can be your conduit.

Laurie will be your guiding light to the answers you seek.